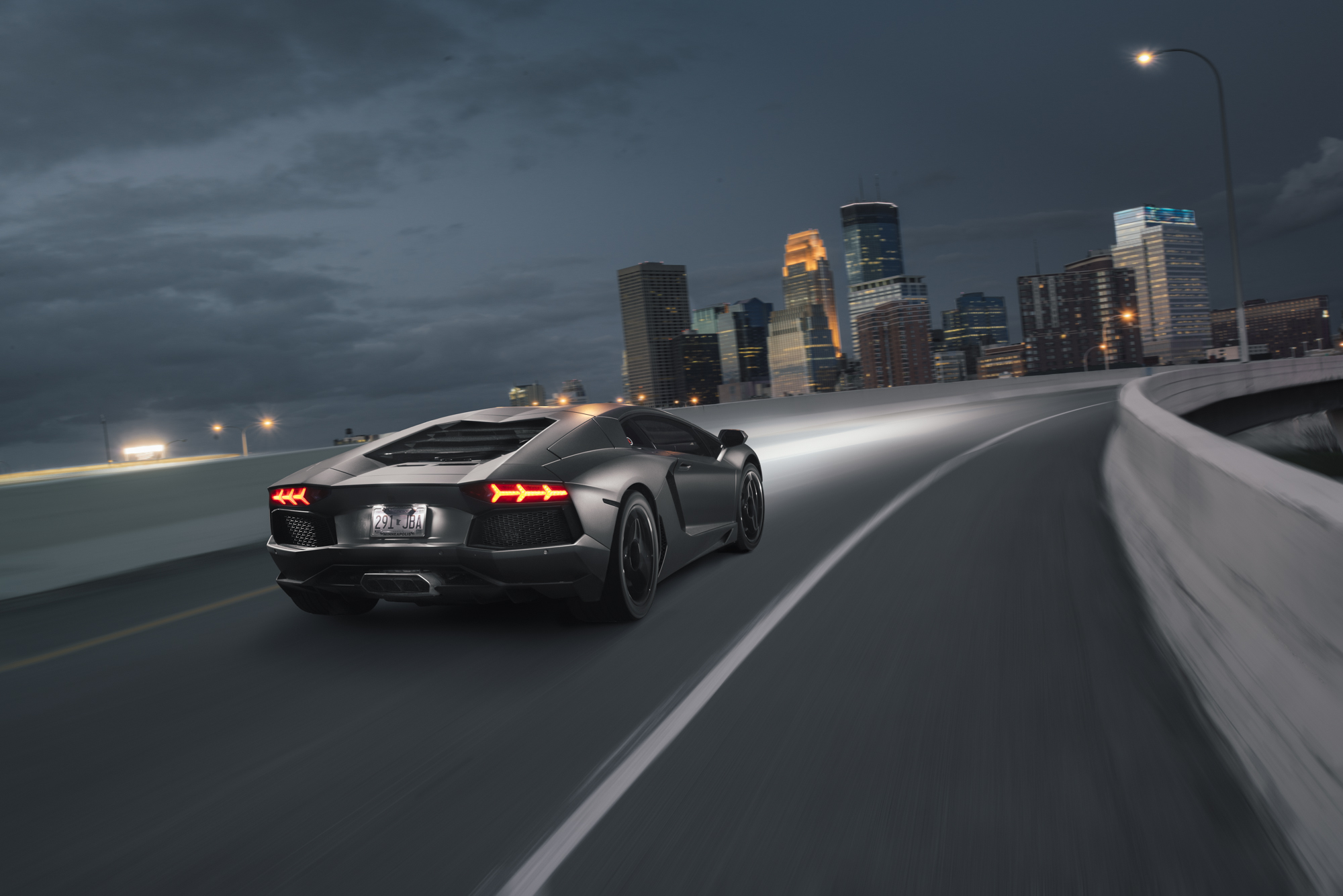 My favorite shot this year is one of a Lamborghini Aventador racing into downtown Minneapolis. This shot really just ended up being an experiment, one that allowed me to do a full composite for the very first time. However, I didn’t plan it that way.

I first scouted my location weeks in advance plotting a direction, angle, and desired time of day to shoot the photo. Knowing that the location is a major highway, I contacted MN DOT to work out road closure to protect me, my team, and my equipment, but immediately got told to ‘get lost’ by the director of the MN DOT.

Crap! My plans are falling apart by this point to try out one of the coolest locations in Minneapolis and its all the DOT’s fault! Plans quickly changed and I decided to make this my first real attempt at composite editing. Just a number of days before shooting the car, I headed out to photograph the location without a Lamborghini anywhere close. 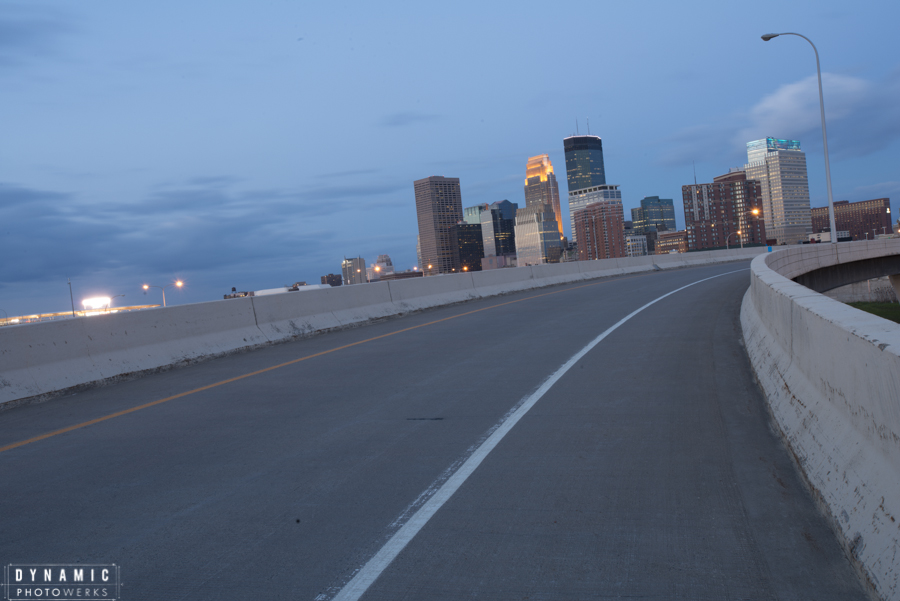 I was at the location, I had my camera set up where I wanted, and then I just waited for the right light. Little did I know that I was going to be picky, I waited 45 minutes before the right light and reflections on the buildings came around by which time, the 5-0 inevitably came rolling through. Johnny Law stopped, ran my ID, and kindly asked me to ‘get lost’. I had no issue leaving because I knew I had gotten what I came for. Job done! No wait… I forgot to add a car into my car photograph.

A few days after shooting the location I ran up to IMOLA Motorsports to get the car photographed. It took some careful math along with some trial and error, but I eventually matched the angle I needed (give or take) and got the lighting I wanted. 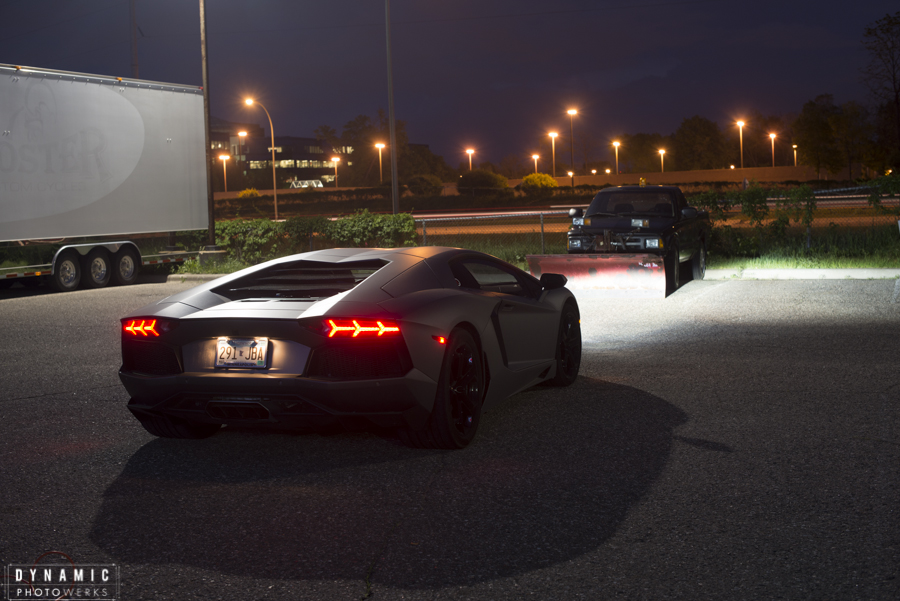 After about two hours of said trial and error, Kevin of IMOLA eventually also told me to ‘get lost.’ The time was nearly midnight when I finished shooting.

So after all of that, it was off to the editing room. Pretty much guessing around every corner, I put together the image not really knowing how it would turn out. However, after about 6-8 hours of photoshop time, I got the picture where I had envisioned it originally.

What do you think? 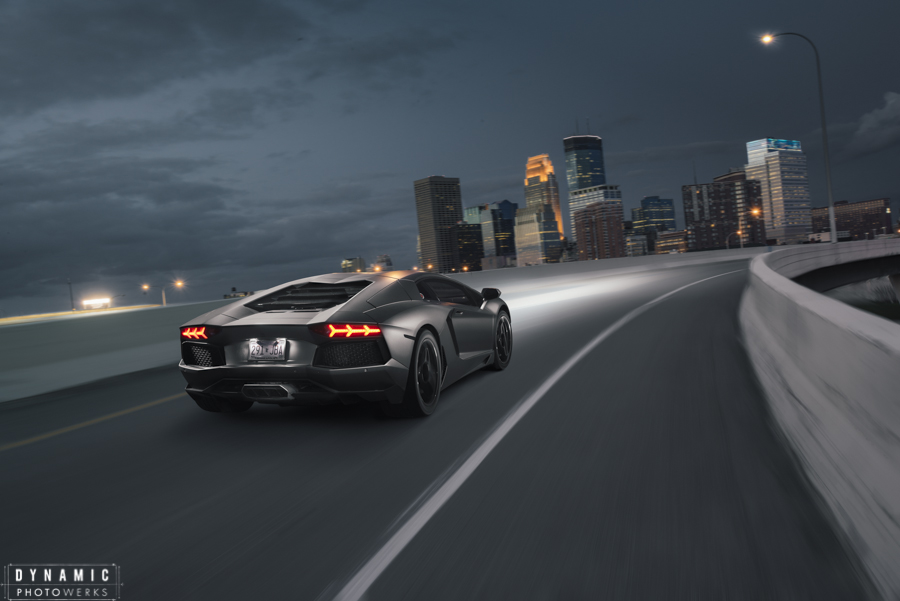